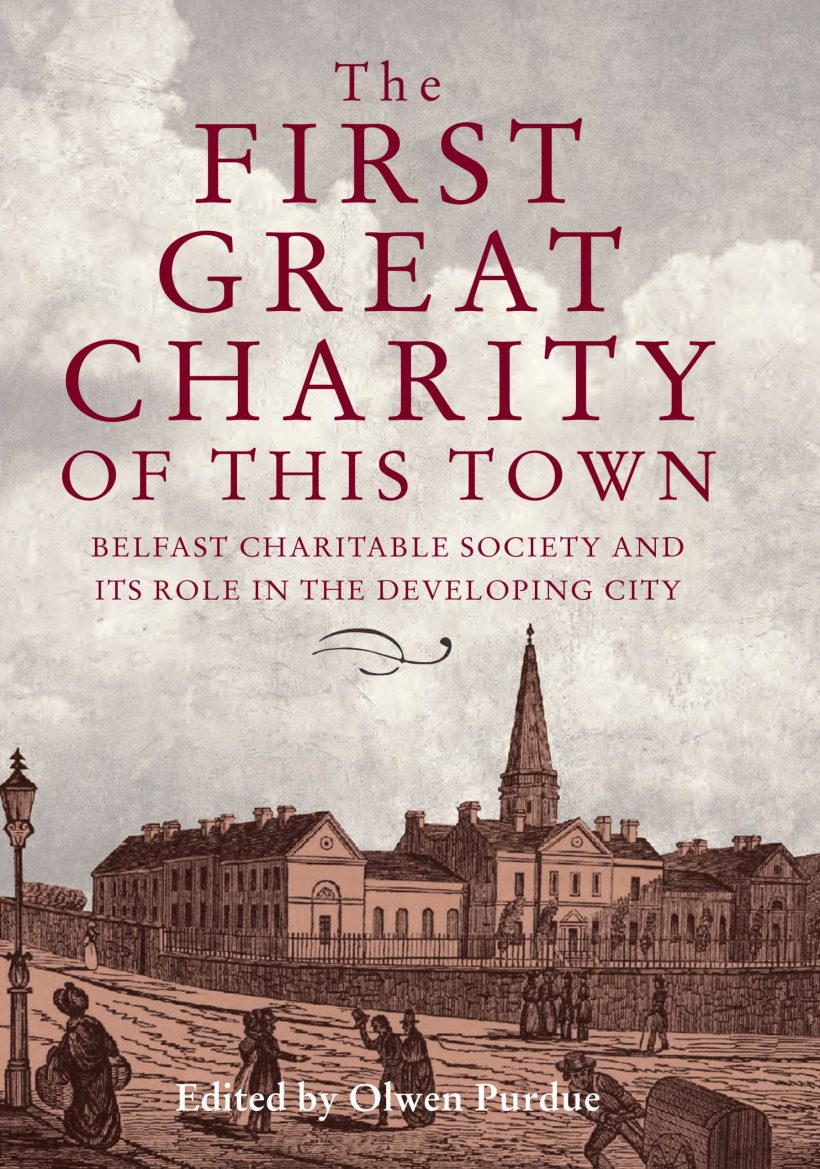 The First Great Charity of This Town: Belfast Charitable Society and its Role in the Developing City

This book explores the establishment and the developing role of Belfast Charitable Society in the emerging city of Belfast.

Belfast Charitable Society was established in 1752 with the purpose of raising funds to build a poorhouse and hospital for the poor of Belfast; twenty years later, the foundation stone of the Poorhouse was laid. From here the Society would go on to assume increasing responsibility for a range of matters relating to health, welfare and public order, and its members would play a key part in the civic life of Belfast. It continues to provide vital social services to this day and its Poorhouse, now Clifton House, is still one of the finest buildings in the city.

During the century following the establishment of the Society, Belfast was transformed from a relatively small mercantile town into a major industrial city, a transformation that was accompanied by political upheaval and the major societal challenges associated with rapid industrialisation and urban growth. Taking as its focus the work of the Society, the global connections that influenced its thinking and the societal issues it sought to address, this fascinating volume provides valuable insights into the wider social, economic and political life of the nineteenth-century Irish town of which the Society became such an iconic part.

ABOUT THE EDITOR
Olwen Purdue is Professor of Modern Social History at Queen’s University Belfast, where she is also Director of the Centre for Public History. An expert on the social history of nineteenth- and twentieth-century Ireland, Professor Purdue is a Fellow of the Royal Historical Society, a Director of the Irish Museums Association and a Governor of the Linen Hall Library. She was historical advisor for Titanic Belfast and has made numerous TV appearances in her capacity as an expert on Irish social history.