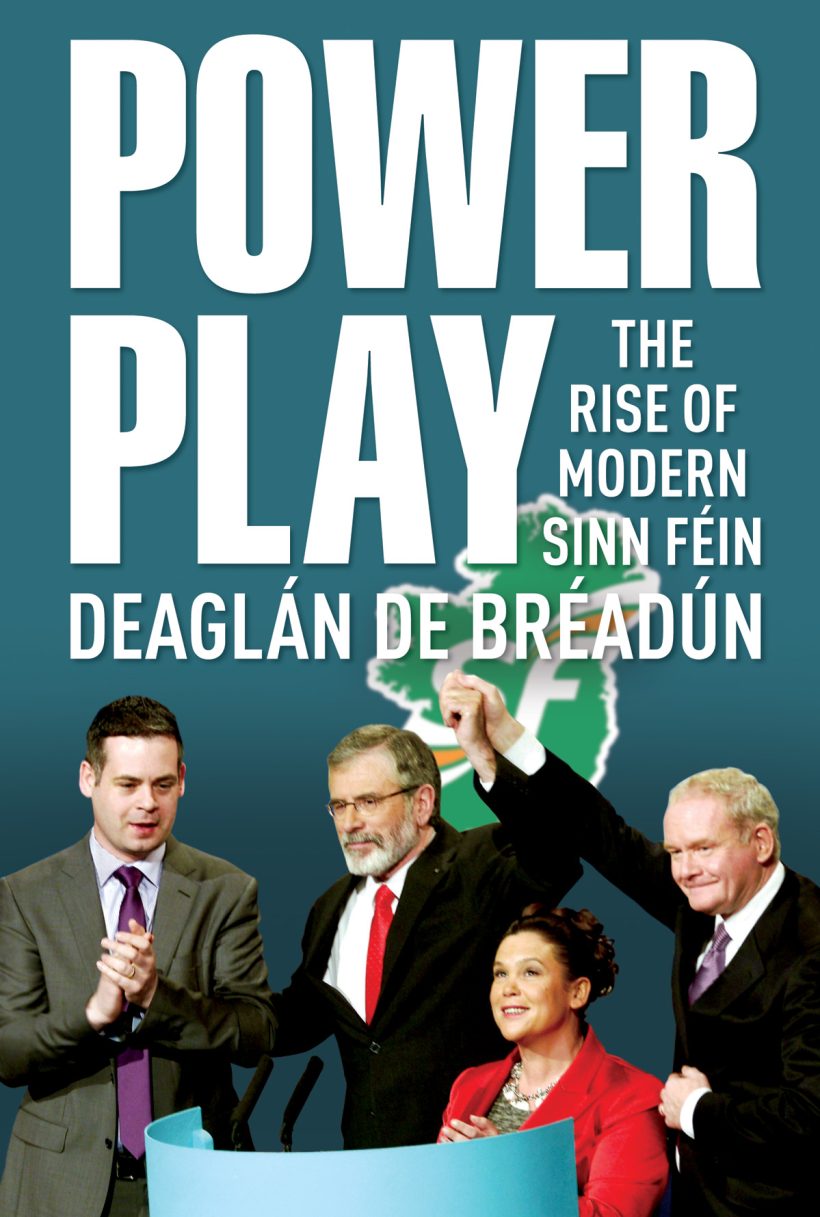 This is the extraordinary story of Sinn Féin’s dramatic transformation into a major political force in Ireland today. Drawing on a wide range of interviews with key political figures inside and outside Sinn Féin and written by one of the most experienced political journalists in Ireland, Power Play reveals the most enthralling political story of 2015.

This is the first comprehensive analysis of how Sinn Féin has transformed itself from ‘political wing’ of the Republican movement to a mainstream force in Irish politics. In this book by one of Ireland’s leading political journalists, Deaglán de Bréadún provides an incisive account of how the party has arrived at a position, in the space of one generation, where it is in power north of the border and knocking on the door of government in the south.

Despite recent controversies and scandals arising from alleged sexual abuse by republican activists, and the violent legacies of the Troubles, the party has maintained its popularity. The outsiders have now become insiders in the political game. How did this dramatic transformation come about?

Based on detailed research as well as interviews with a wide range of figures inside Sinn Féin and across the Irish political spectrum, Deaglán de Bréadún unveils a fascinating and indispensable analysis of a party that has come in from the cold. The book also draws on the author’s experiences covering the Northern Ireland peace process as well as politics in the Republic for many years, to reveal the most fascinating and unmissable political story of 2015.

Chapter 1: We Need to Talk About Sinn Féin
Chapter 2: Hello Mary Lou – Goodbye Gerry?
Chapter 3: The Armalite and the Ballot Box
Chapter 4: From Rebel to Ruler – Martin McGuinness
Chapter 5: Now Get Out of That:- Disowning Fateful Economic Decisions
Chapter 6: Turning Swords into Ploughshares – Good Friday and its aftermath
Chapter 7: Members, Critics and Observers
Chapter 8: In the Eye of the Storm
Chapter 9: The Rocky Path to Power
Epilogue: The Story so Far

Deaglán de Bréadún is the author of The Far Side of Revenge: Making Peace in Northern Ireland, widely-regarded as the most authoritative chronicle of the lead-up to the Good Friday Agreement as well as its aftermath. He is also one of the most experienced journalists on the Irish scene, having covered political affairs in the Republic as well as developments in the North and internationally with the Irish Times for many years, holding such positions as Northern Editor, Political Correspondent and Foreign Affairs Correspondent. He was Political Editor of the Irish Sun newspaper and is a frequent broadcaster on radio and television and a member of the Press Council of Ireland.