Northern Heist is a roller-coaster bank robbery thriller with twists and turns from beginning to end.

When James ‘Ructions’ O’Hare put together a crack team to rob the National Bank in Belfast in December 2004, even he didn’t realise he was about to carry off one of the biggest bank heists in British and Irish history.

And he’ll be damned if the Provos are getting a slice of it.

In Richard O’Rawe’s stunning debut novel, as audacious and well executed as Ructions’ plan to rob the National Bank itself, a new voice in Irish fiction has been unleashed that will shock, surprise and thrill as he takes you on a white-knuckle ride through Belfast’s criminal underbelly. Enter the deadly world of tiger kidnappings, kangaroo courts, money laundering, drug deals and double-crosses.

Northern Heist is a roller-coaster bank robbery thriller with twists and turns from beginning to end.

Richard O’Rawe is the author of the best-selling books Blanketmen: An Untold Story of the H-Block Hunger Strike, Afterlives: The Hunger Strike and the Secret Offer that Changed Irish History, and In the Name of the Son: The Gerry Conlon Story. 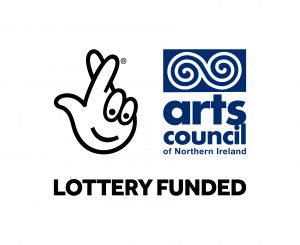 Irish Academic Press has been at the forefront of academic and general publishing in Ireland for over forty years.

With a focus on Irish history, politics, literature and the arts, we aim to continue the high standards of the past well into the future.